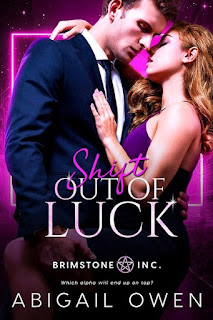 The Montagues and Capulets have nothing on the Canis and Banes wolf packs. The two have been feuding for ages. The brutal murder of the Banes’ alpha only added fuel to the fire. And now there’s only one way to bring peace—the current alphas of each pack, Marrok and Tala, need a mating of convenience.
Tala has her doubts. A thousand of them.
Never mind that Marrok drives her body to levels of desire her vibrator has trouble keeping up with. If she can’t get her inner wolf—or her people—on board, forget peace, because she'll lose the tenuous control she has over the Canis pack. Her new mate is just so damn alpha. He’d better learn to play nice or Tala will have to show him who’s boss.
But Marrok has plans of his own, and nothing and no one, not even Tala herself, can resist an alpha...
This novella was previously self published as The Worse for Were but has undergone a complete re-edit. Scenes were added, things were changed, but the kissing still remains!

Official published review:
Stronger together
A mating of convenience that sparks a flame this author encouraged and developed between the characters.  I love the personalities of the Marrok and Tala.  They are so loyal, honorable and duty bound, it is absolutely fantastic that they were able to find their HEA in the midst of stabilizing their packs.  The author really took my breath away as these two journeyed towards their happiness, I really hope that the author continues to bring us such amazing short stories.  Although, no matter what she brings us next, I will be adding it to my library.
5 stars
A GR BB NG
https://www.amazon.com/gp/customer-reviews/R3HOR0L7VEI0R1 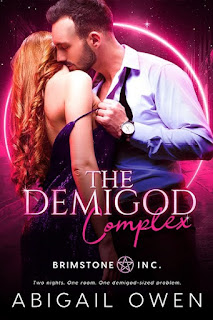 When Lyleia Naiad was head-hunted by Brimstone, Inc., for her job as Executive Assistant to a high-powered billionaire demigod, she was given one directive—do NOT fall in love with Castor Dioskouri. Doesn’t matter if he is the son of Zeus and can electrify a room with a single glance. As an ex-nymph, she possesses a unique ability—a gift from the goddesses to protect nymphs from the randy gods—to resist her boss's charms.

Or so she thought.

He insists she accompany him to an alpha wolf shifter mating ceremony, an event where the pheromones fly, and so do clothes...and inhibitions.

Goddesses save her, because Castor has stolen into Lyleia’s heart, and she’s not so sure she can hold out much longer.. 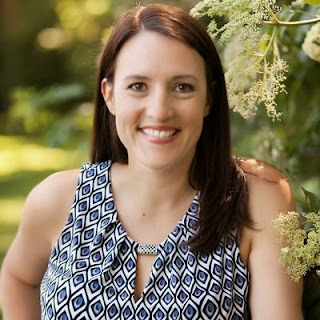 Abigail grew up consuming books and exploring the world through her writing. She attempted to find a practical career related to her favorite pastime by earning a degree in English Rhetoric (Technical Writing). However, she swiftly discovered that writing without imagination is not nearly as fun as writing with it. She currently resides in Austin, Texas, with her own personal hero, her husband, and their two children, who are growing up way too fast.

For the latest news and exclusive excerpts, sign up for her newsletter here: http://eepurl.com/Lw2XH

Sydneyn
A motivated, energetic, hard worker who is dedicated to her two daughters, her friends and herself. I am a blogger of Romance Books, have a full time job as the Coding/CDI Informatics Specialist at one of the local hospitals, I create Book Pillows to donate to at risk youths, and I also design and create costumes for several local area dance schools. All while teaching my girls to give back to the community and how to live a life to be proud of.